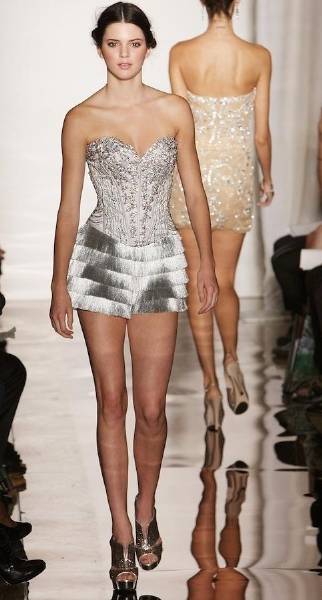 Kendall Jenner during a fashion show

She didn’t appear in any film, neither in lead role nor as cameo appearance.

2007 TV series Keeping Up with the Kardashians as herself.

She debuted with Ready to wear – Spring / Summer 2012 fashion show in which she walked the ramp for Sherri Hill.

She said to seventeen magazine that she goes for running a couple of times a week and also does cheerleading.